Sunfort Hotel is a relatively old hotel in Lahore. It used to be impeccable in the yesteryears but the quality has now gone down. It is situated behind the famous Liberty Market.

I’ve stayed at Sunfort hotel Lahore twice, one just recently and the other a couple of years ago.

I’ve stayed at Sunfort Lahore hotel twice and each time was given an entirely different room. The first room was a master bedroom and nothing short of a suite. The view from the room was quite good as well.

This time around I was given a room on the first floor and the view from the room you can see for yourself in the picture below.

There were two separate beds in the room. I pointed this out to them instantly upon entering and requested for a double-bed room. They said it wasn’t available that day. I asked them to let me know if one became available the next day. I never heard from them again. 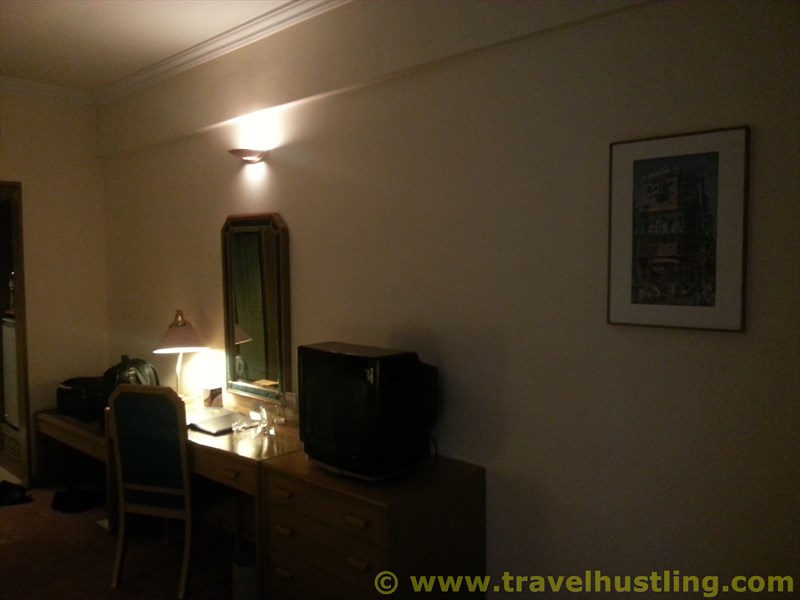 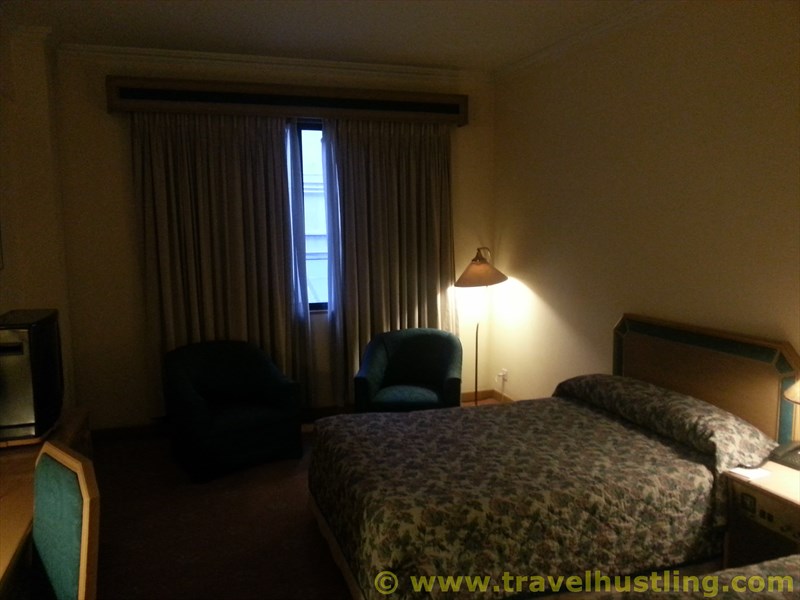 All in all, the room wasn’t bad at all. It wasn’t as spacious as the previous tour room, but it wasn’t cramped for space either.

There was an old 21” Sony TV in the corner. The biggest drawback of the room was the dim lighting. There were three lamps, but they just weren’t bright enough to lit up the room sufficiently.

I’ve had mixed experience at Sunfort when it comes to food. The first thing I tasted at Sunfort Hotel Lahore was their mushroom swiss burger which they’ve removed from menu since then. It was quite good.

Then I tried their chicken breast which was supposed to be filled with cheese and vegetables. It was filled alright. But the inside of the chicken itself was raw. I complained, and got the order changed to cheese on toast which was ok.

As per the usual format of hotels, they offer complimentary buffet breakfast. It’s not the best I’ve had, but it wasn’t bad either. One thing lacking was the option to get eggs made according to your choice and style of getting them done. The only option in eggs was the omelet and that wasn’t made well either.

Apart from that, they had the usual French toast,muffins, croissants, doughnuts, choice of bread, and porridge. And plain cake as well. French toast was a little too sweet for my taste. 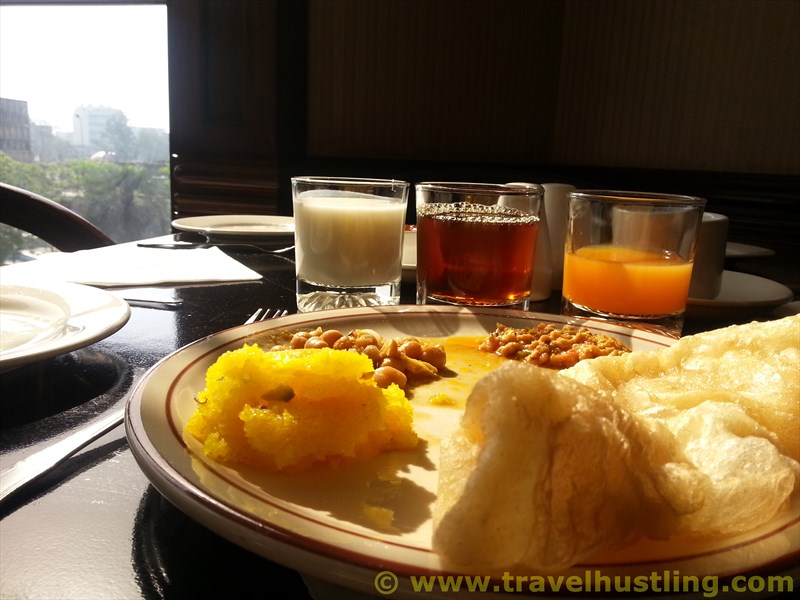 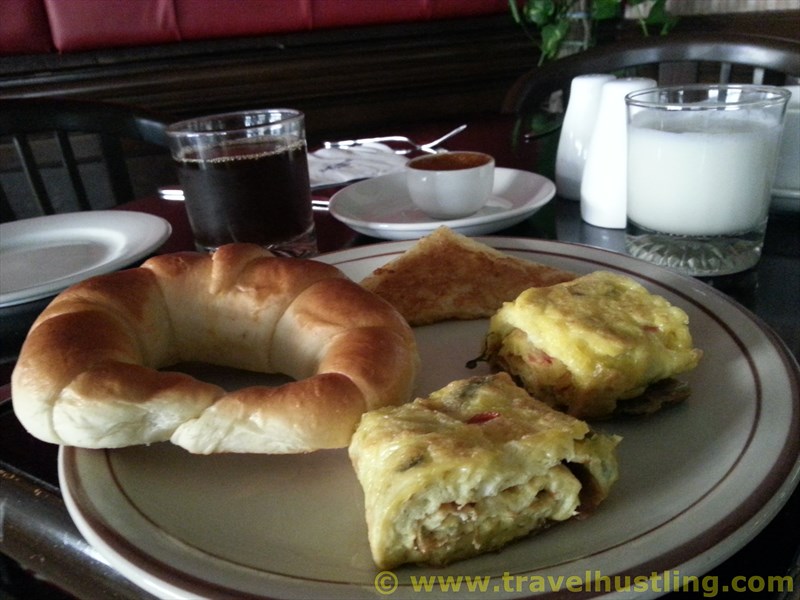 In the liquid department, they had the peaches and orange juice, and sweet lassi as well.

Then they had desi stuff on offer as well. It varied a bit from day to day, but the usual was halwa, puri, chana, normal paratha, and then either chicken nihari or chicken qeema depending upon the day.

The bathroom of Sunfort Hotel Lahore was your standard hotel affair. However, both the wash and bathtub sink were choked. Moreover many of the toiletries were missing. 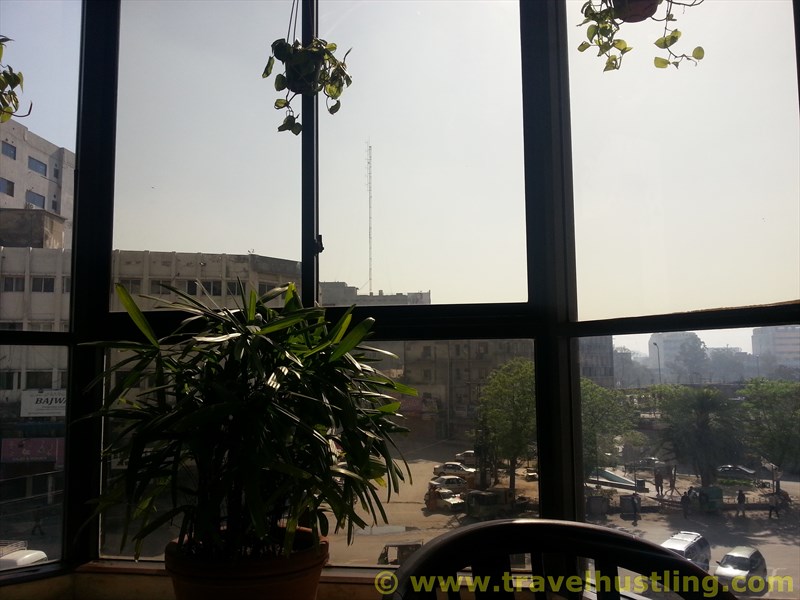 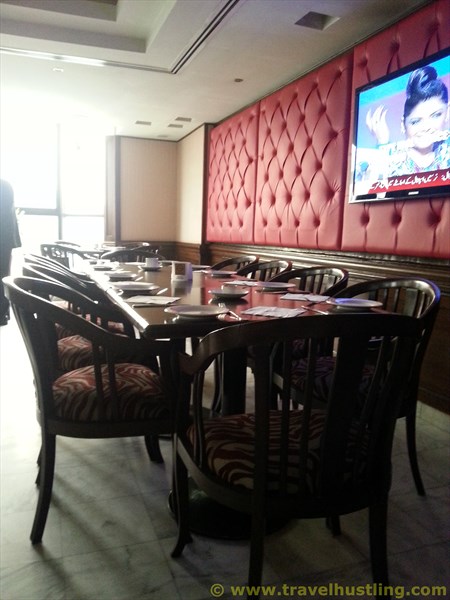 Sunfort Hotel Lahore isn’t a bad option if you’re looking for a nice place to base yourself in the middle of new Lahore from where you can move around on foot as well as get access to a transport easily. Just don’t expect any extraordinary service from them. The lower your expectations, the smoother your stay at Sunfort Lahore would last.

So what has been your experience at Sunfort Hotel? Please do share on the form below:

Sunfort Hotel Lahore
0.0 rating based on 12,345 ratings
Overall rating: 0 out of 5 based on 0 reviews.
Anonymous

No long queues.   No registration stall.   Lamborghinis placed outside the venue. One night before.   Sullen faces. Bored workers.   Indifferent ushers. Hell, even the beauty factor has gone many notches down since the last show I attended.   You had these curvaceous vixens manning the stalls. Most were drop dead gorgeous.   […]

This is the second time I’ll be be participating in an  Automechanika Exhibition. The first one was back in 2012 in Dubai so it’s been a really long time. And I’m again participating under the banner of Trade Development Authority of Pakistan [TDAP] which is a pain in the arse. If there ever was a […]

I’ll be traveling to Johannesburg this month so I’m gathering as much data as possible about the city and South Africa to make my trip the most fruitful. Here are some of the tidbits I’ve gathered so far from a plethora of resources like Wanderlust and Culture Trip who I’m grateful to for. You can […]

This entry is part 1 of 1 in the series Pakistan Holiday
Sometimes being broke can be a blessing in disguise. Instead of looking to travel the world, it forces you to look inwards at what you can experience in your own country. There’s no shortage of exotic locations in Pakistan to visit. Trouble is, I’ve been to pretty much all of them. Or so I think. […]