The truth about women and cars in Jakarta Indonesia- Day 2
Please rate!

The second day of the Jakarta Indonesia tour was the first official day. We were there on a product development mission.

Two company SUVs arrived to take us to the company’s head office which is our joint venture partners in Pakistan. And right away we hit rush hour jam. 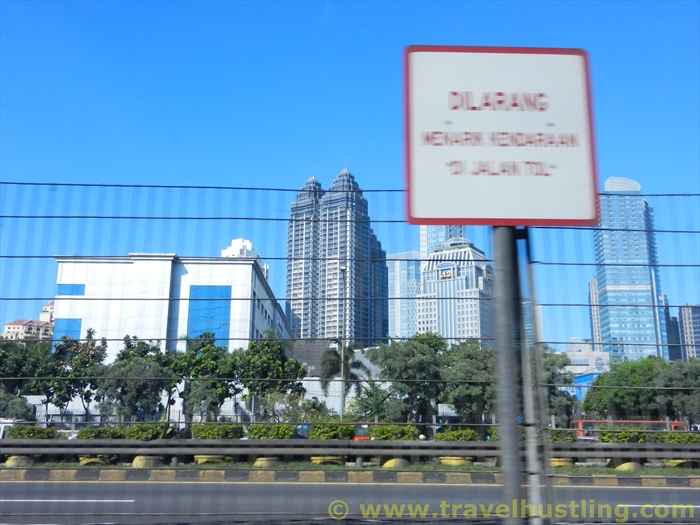 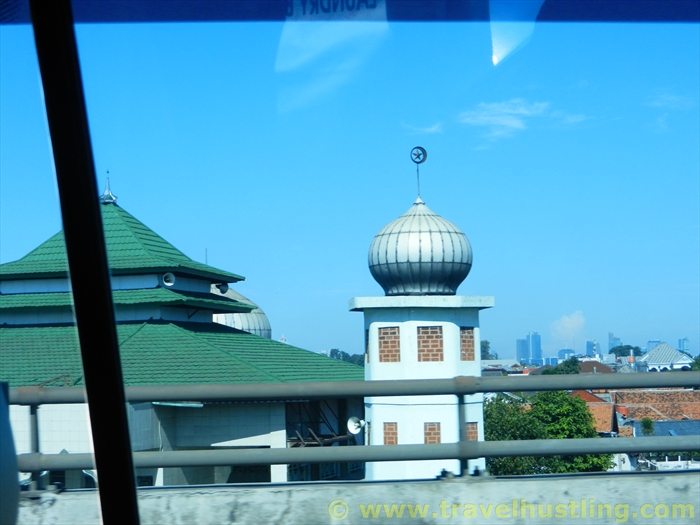 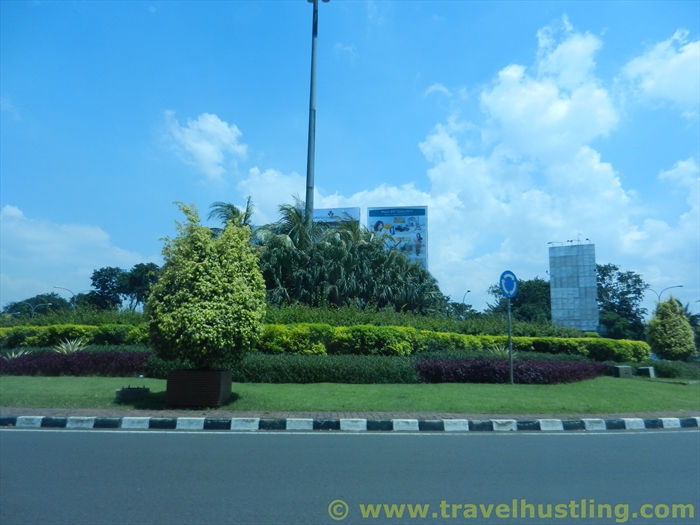 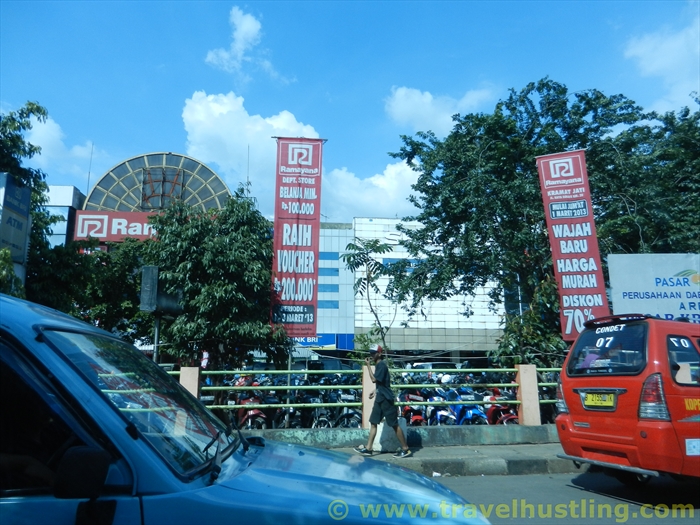 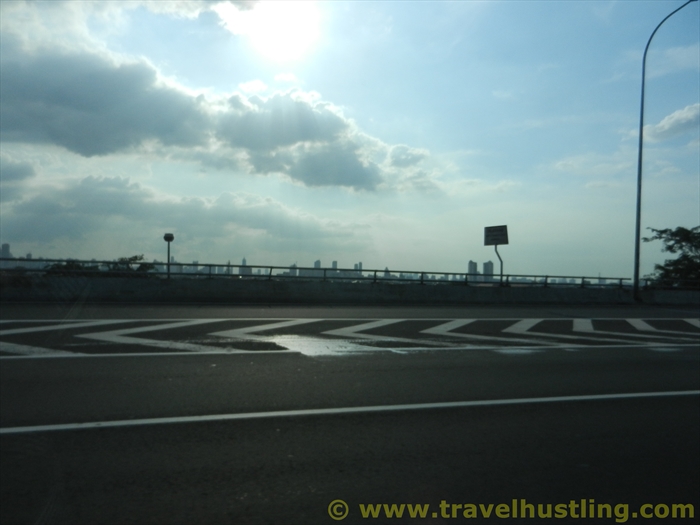 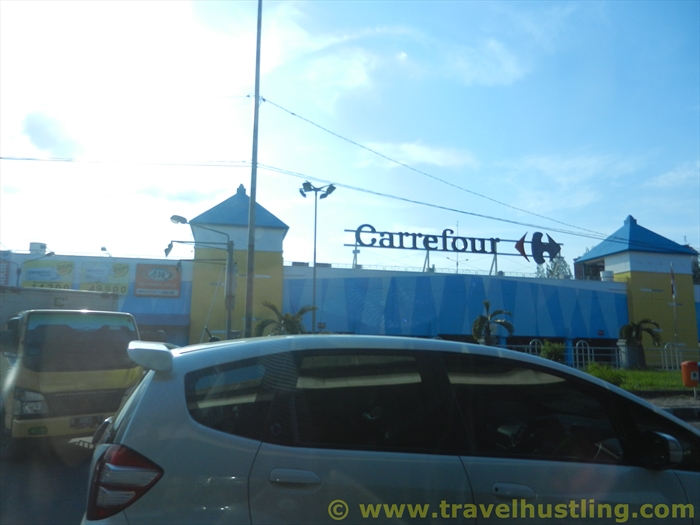 Jakarta is your typical metropolitan where the menace of cars is growing by the day. Judging from the number of times we got stuck in traffic jams throughout our tour, it seems there are more cars than people, such is the extent of the vehicle nuisance. And Indonesia keeps churning out vehicles by the truckload each year.

The Indonesian government has come up with some measures to counter the traffic congestion. One is the conventional measure of building an elevated road right on top of the first one to ease the congestion.

Didn’t look to be helping though. Will have to build a few more layers over it to see any real impact.

The second measure is a bit out of the box. They’ve restricted cars with only one passenger during the morning and evening rush hour. Anyone driving alone at these hours would be fined heavily.

‘PASSENGERS FOR HIRE’ INDUSTRY IN JAKARTA

However, it seems the Indonesians are no different from their Pakistani brethren when it comes to ‘Jugaar’. Just like Pakistanis, the Indonesians want to have their cake and eat it too. In spite of the ban, they still want to drive alone in their cars during the rush hour instead of car pooling.

This arrogant demand has given rise to the ‘passengers for hire’ industry.

What the hell is that? You can literally hire people off the street to sit in your car while you drive to the office or wherever the hell you’re going. And that too for a nominal amount.

I came to know about this quirky supply and demand when I noticed throes of people, mostly teenage boys and girls, lining the streets reading newspapers or just waiting. At first I thought they were waiting for the bus to arrive but then I thought it strange that why they were standing spaced apart instead of assembled at a particular spot.

Another unique behavior I noticed on the road was the number of women driving scooters, in most cases with man sitting behind them. In fact women comprise a major chunk of the Indonesian workforce. I don’t have statistics to back up this claim; it is based on my own experience there.

Women not only drive scooters, they also double up as shopkeepers. Auto spare parts is an industry where the last thing you expect to find is a woman manning the shop. And yet this is precisely what we found at one of the shops in a decrepit part of Jakarta where we had gone on a market visit.

What was amazing about the whole affair was that the shop was owned by the grandmother, and run by the mother with the help of the daughter. Three generations of women running a major wholesale auto parts business on their own!

Another interesting phenomenon I noticed was the extreme disparity between the liberal and the conservative. Although Indonesia is touted to be a muslim country, the reflections of Islam are seen sporadically. There are a few mosques scattered here and there, not on the same scale as Pakistan or any Middle East country. As far as women are concerned, unlike Pakistan you either see scantily clad ones or completely covered ones, two ends of the spectrum. There are hardly any moderates in between. Teen romance is visible at pretty much all the parks.

HALAL OR HARAM? FOOD IN JAKARTA

When it comes to food, in muslim countries you can easily partake of a meal in any area without having to check whether it is halal or haram. In Indonesia, you have to be careful of this aspect as pork is served in a number of places, and the halal authenticity of other food joints is doubtful.

THE JAPANESE IN JAKARTA INDONESIA 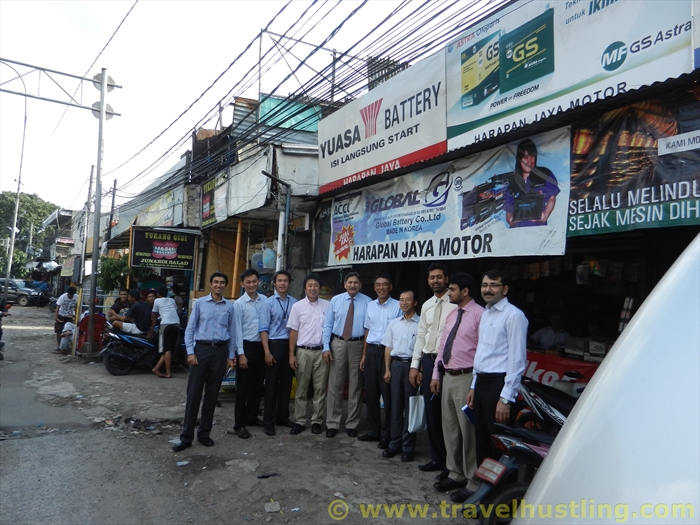 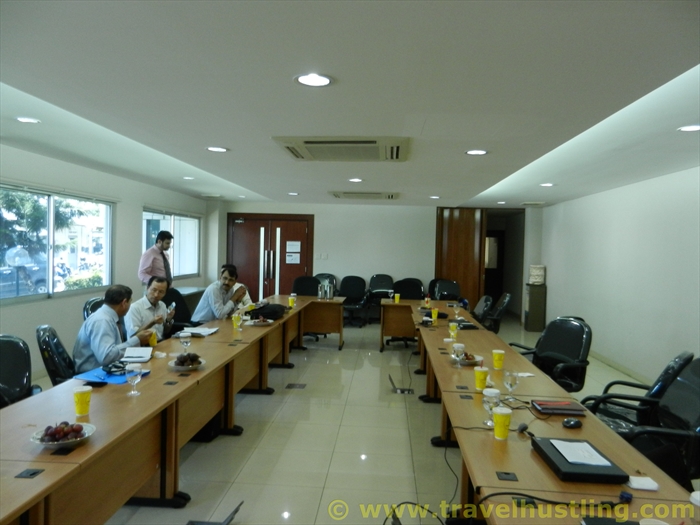 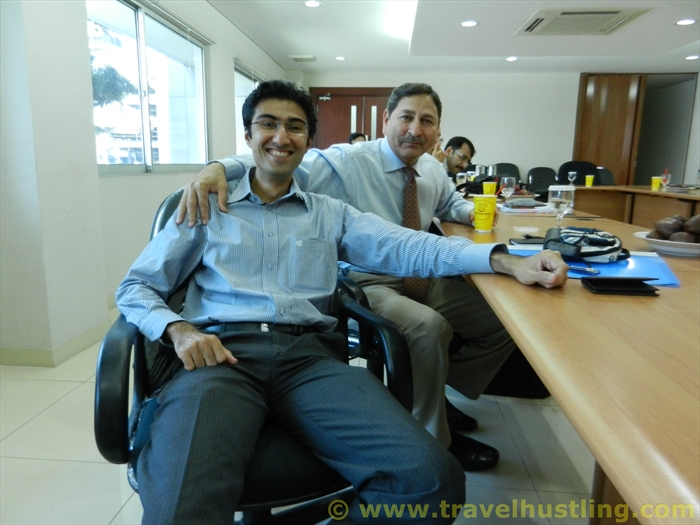 Coming to the meetings we had with the Japanese management, this is where my frustration about the Japanese not able to speak proper English was at the zenith.

The Japanese along with the Indonesians had prepared a simple presentation for us and thought that would be enough to satiate our curiosity. But when I launched into my barrage of questions, the Japanese were totally at sea as to how to tackle this onslaught, and their inability to speak clear and proper English compounded the problem further.

You see, they had grossly underestimated the capabilities of their Pakistani counterparts. Can’t blame them though. The Pakistanis are notorious for all things around the world other than the meritorious ones. So the Japanese thought they would be dealing with a bunch of fools whom they could satisfy with a few powerpoint slides and a generous dose of hospitality.

So it must have come as a shock to them when we started questioning each and everything about the product development they had done and which we intended to emulate in our part of the world.

It was surely an eye-opening experience for both the Japanese and the Indonesians that Pakistanis can be quite a handful on the right side of the law as well.

Sri Lanka travel expense on day 15 went up substantially not just because I paid the room rent for three days but also because I made use of tuk tuk to go to Rawana Falls and ate my lunch and dinner at two of the more expensive restaurants in Ella, that being my last day […]

Geethani is the best B&B hostess you can possibly find in Sri Lanka. When you travel, you come across all sorts of people. Some you remember for a while until the memory fades into oblivion, while some make such a lasting impression on you that it etches itself permanently on your mind. Geethani Gunasekara is […]

Sri Lanka travel expense for day 14 were even better managed than the 13th day’s, I spent one dollar less than the previous day. At $10 that’s a fantastic going. But do note that both this day and the previous day’s room charges have not been included in this analysis because that money didn’t leave […]

Sri Lanka travel expense for day 13 were again brought into control impressively, in spite of the fact that I traveled to Ella and had both lunch and dinner there. Ella although only a small village, is one of the most expensive places to eat in Sri Lanka apart from Colombo. You can go to […]