Elephant Freedom Project is one of many elephant orphanages that have sprung up in Sri Lanka to rescue elephants from the tyranny of religious zealots and big shot politicians who consider it their right to subjugate this animal as a sign of their power and influence.

Not all these sanctuaries are working for the benefit of the elephants. Many of them have become lucrative businesses targeting the hundreds of tourists that visit Sri Lanka each year, in the end piling up more misery on the elephants instead of alleviating it. 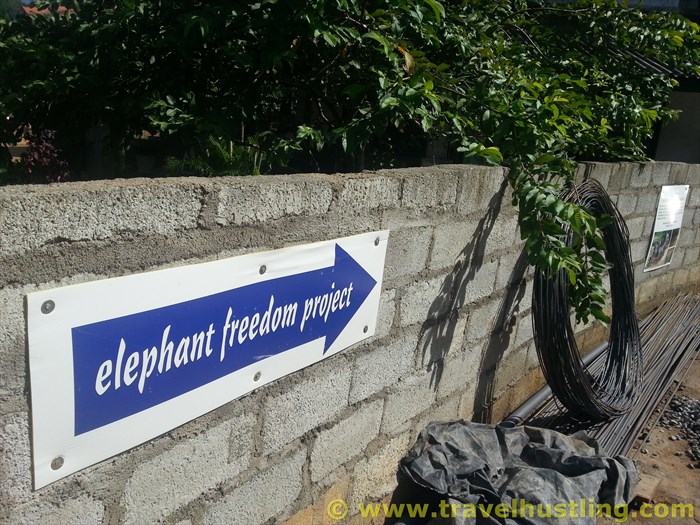 Elephant Freedom Project may seem like just another elephant sanctuary but according to Tim Beltman, the man managing the project, this is the only sanctuary working for the sole benefit of elephants instead of tourists.

Tim is from Netherlands and while he has been associated with the Elephant Freedom Project right from the outset, we never got around to discussing how he ended up here and how he came to be fascinated with elephants.

And fascinated he is with elephants, which is evident from the way he launched right into it the moment we met. We were coming from visiting Millennium Elephant Foundation which is not far from Elephant Freedom Project. When we reached the place, we saw a tall lanky guy coming towards us barefoot in grueling Sri Lankan heat. 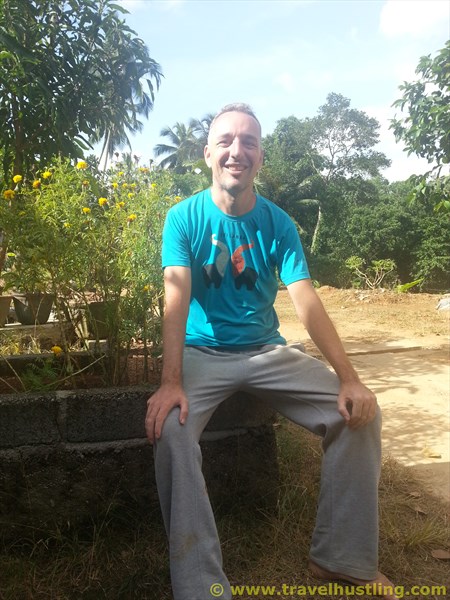 As far as marketing is concerned, Tim needs to work a bit more on that aspect as there was not even a single board signaling the Elephant Freedom Project, and we would have missed the place altogether had we not been in constant touch on the phone.

But then again it’s a relatively new project and still under construction. The sanctuary is spread on both sides of the road. On one side you’ve got the bathing area in the form of a small lake. On the other, you’ve got a large area dug up and filled with mud, which acts as the playing area and the place where the elephants spend the bulk of their time. Tim says the area was relatively small before and he put the bulk of his savings into it to get the area expanded. 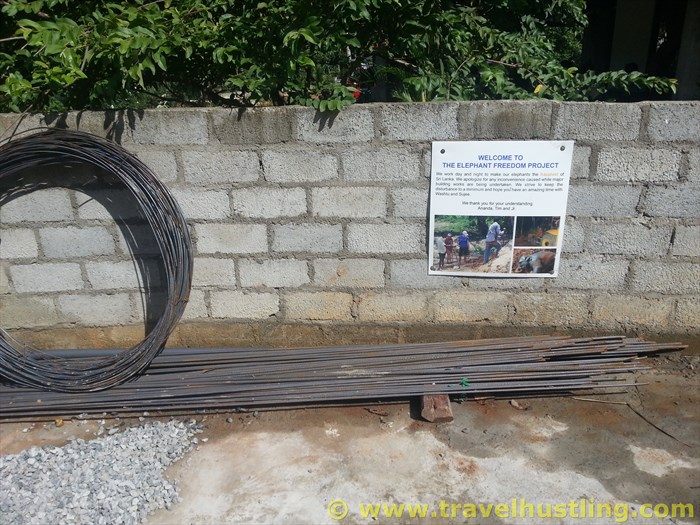 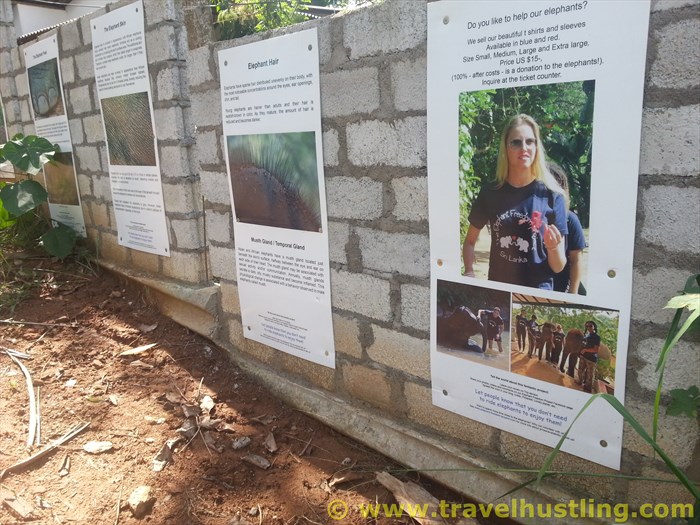 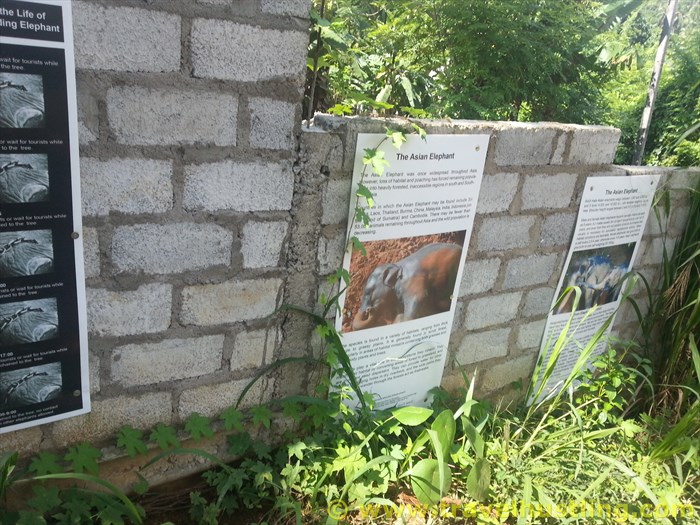 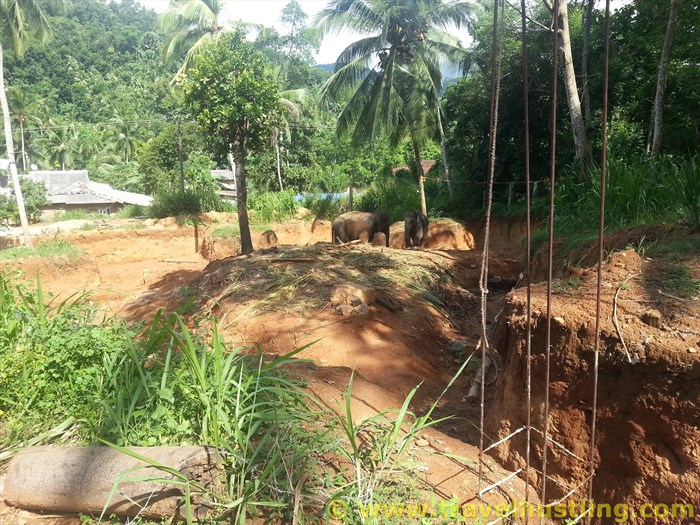 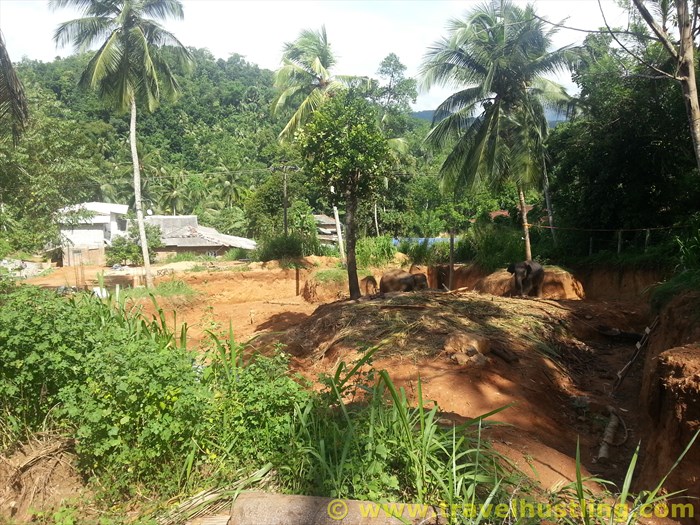 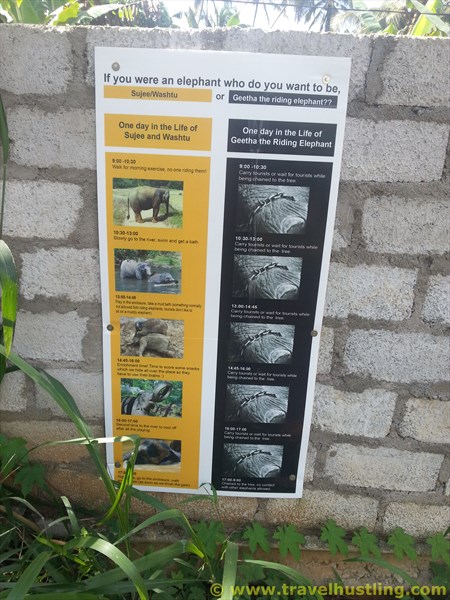 Although his team is quite small – only five people – Tim Beltman is a strict disciplinarian with zero tolerance for misdeeds. He has already fired quite a few mahouts – a person who takes care of an elephant – either for badly treating the elephant or picking up fight with another mahout. Although he’s short of staff, he wants to propagate the impression in the market that a mahout can’t do whatever he wants to at Elephant Freedom Project, like they are used to doing at other so-called sanctuaries. Here the animal is given supreme importance.

Tim Beltman gives a lowdown on the elephants kept at Elephant Freedom Project and the elephant psyche in general.

There are only two elephants as yet at Elephant Freedom Project, a five year old male Wasthu and a 8 year old female Sujee, but there are talks of bringing in another one.

A strict schedule is followed for the elephants, when they eat, take a bath, go for a walk, play by themselves, and this would in no way be altered for the convenience of the tourists.

If the elephants have had enough of the bath or are in no mood for a bath, they won’t be forced to take it for the pleasure of the tourists.

Elephant Psyche According to Tim Beltman

Elephants are quite strong in their shoulders but their backs are their weak zones. Hence no elephant ride will be allowed at Elephant Freedom Project. Elephants flap their ears when they are excited or delighted. And when they are really excited, you can actually hear the sound of the ear flapping from a distance. 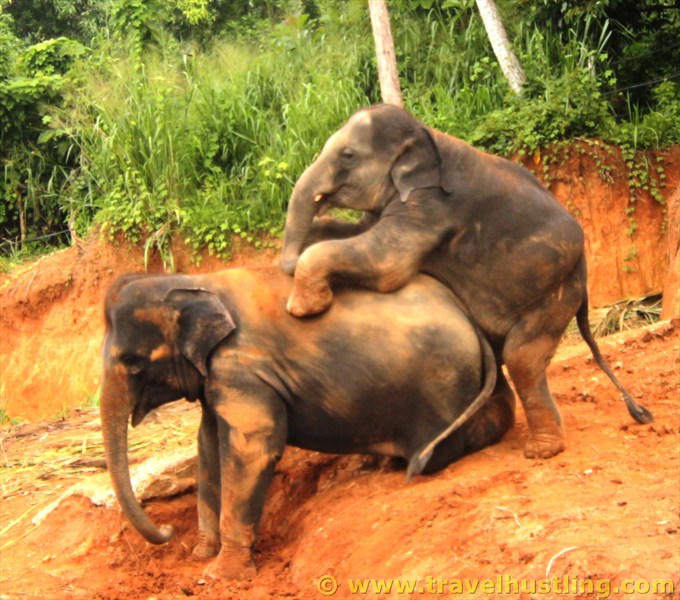 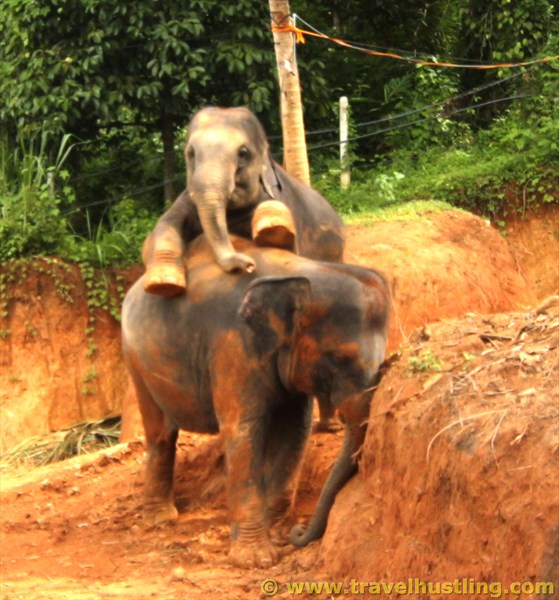 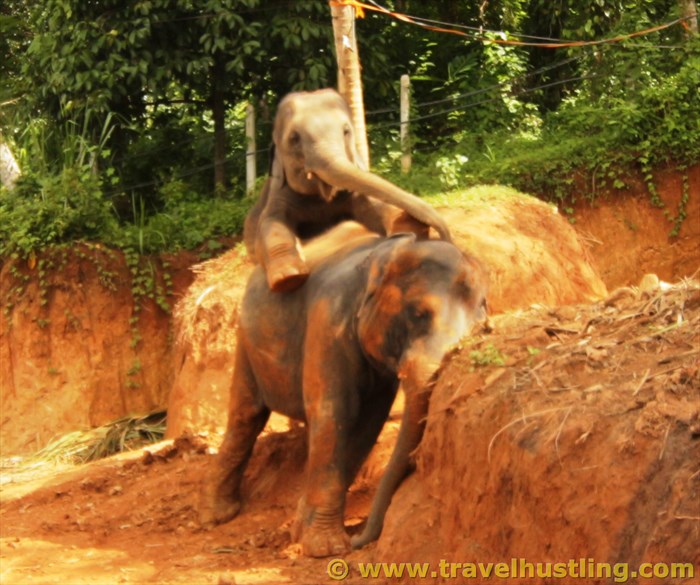 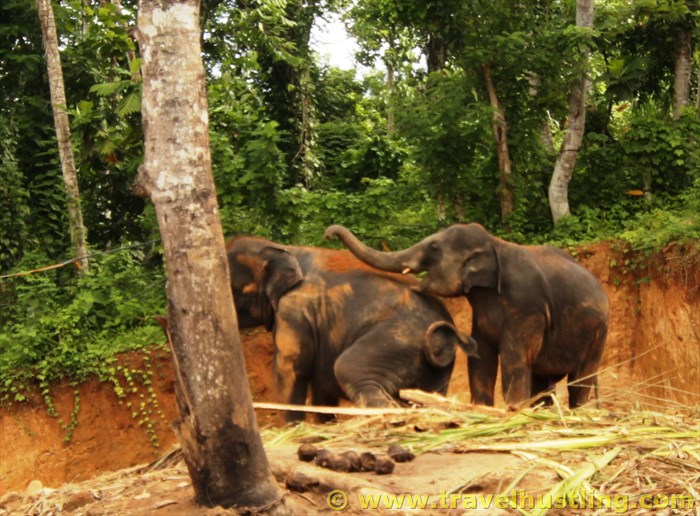 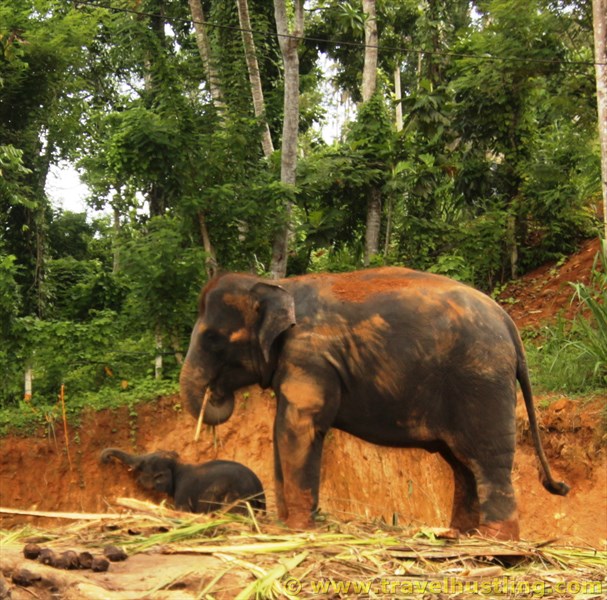 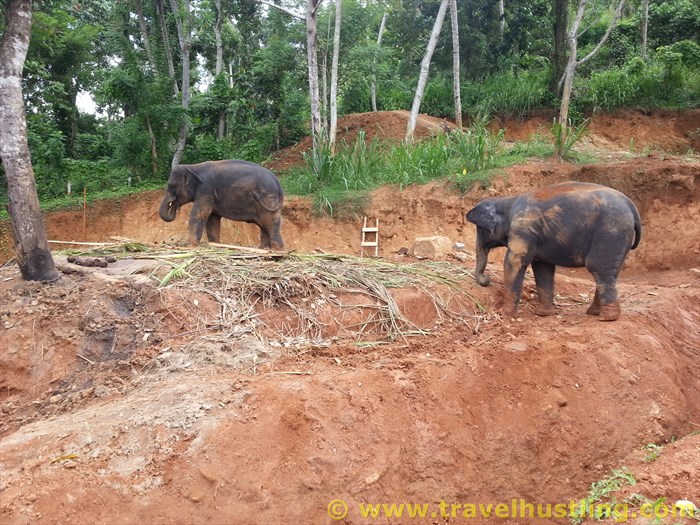 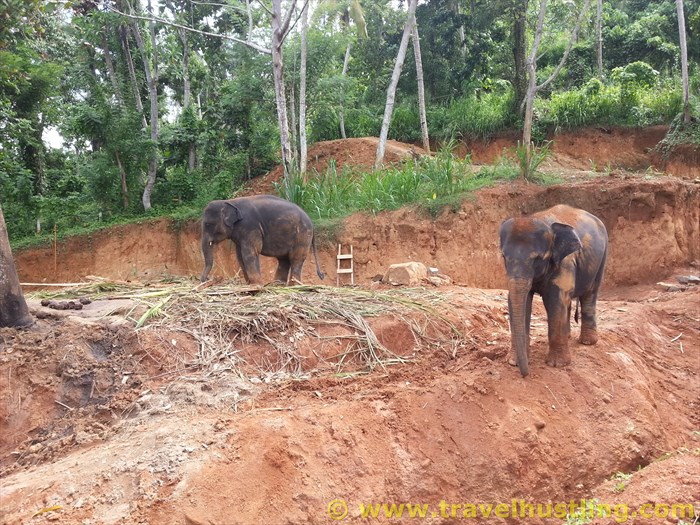 Elephants love to play in the mud and be dirty. This is not allowed at most orphanages because a dirty animal does not make for a good sight. In that way they are giving preference to the tourist at the expense of the elephant.

They like to move around in open space and do not like to be chained to one spot. When they are shaking their heads standing in one place, they are slowly getting hysterical. Almost all the elephant administrators, especially the mahouts misconstrue this as a sign of happiness, when in reality this is a sign of distress.

Tim Beltman is working to give a different type of experience to the tourists in contrast to what they experience at Millennium Elephant Foundation or Pinnawala Orphanage or any other sanctuary for that matter.

Instead of spending just a couple of hours at the sanctuary like the other places, Tim has envisioned the visitors spending the entire day with the elephants or even an overnight stay at the house adjacent to Elephant Freedom Project, which belongs to the founder of the project and where Tim himself is staying as a guest. It’s a spacious house and there are a couple of rooms available that can be used to accommodate the visitors.

Elephant Freedom Project has been around for just a year in Sri Lanka and as such awareness about the project hasn’t propagated that much in the tourist circle. But that’s not a matter of grave concern to Tim who says the elephants will always be given preference over the tourists. Tourists are welcome, and encouraged as well to visit because there’s a paucity of funds, and the reality is that more tourists means more fund generation.

Elephant upbringing is extremely expensive. It takes Rs.500,000 to feed and take care of a single animal on a monthly basis.

We spent an hour at Elephant Freedom Project and although the project is still in its infancy stage both in terms of the age of its occupants and the state of development, it looks like the two baby elephants are quite happy with their little habitat. In fact Elephant Freedom Project seems to give them the best possible environment next to being on their own in the wild, and that in itself is a big achievement.

There’s no doubt in my mind that Elephant Freedom Project has the best interest of the elephants at heart unlike many other sanctuaries in Sri Lanka. The challenge for the founder as well as Tim Beltman himself would be how to generate sufficient funds on a consistent basis so that they can keep the elephants in the same state of nirvana which they are in at the moment. And that means marketing aggressively to not only to get the word out, but also to increase footfall to Elephant Freedom Project while maintaining the principled stand of ‘elephant comes first’. 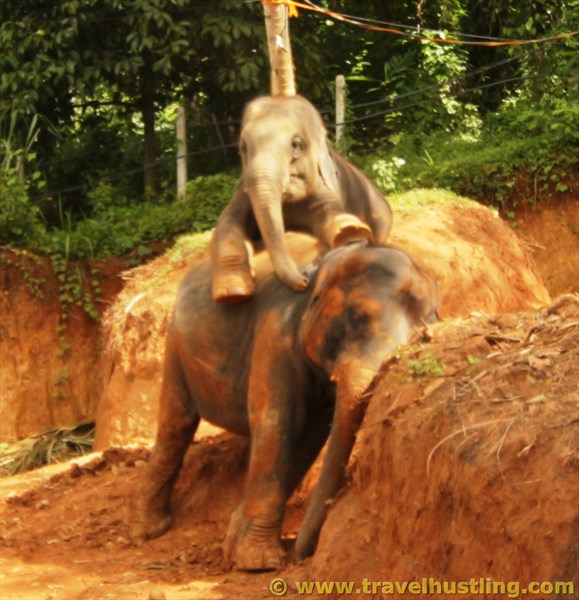 Sri Lanka travel expense on day 15 went up substantially not just because I paid the room rent for three days but also because I made use of tuk tuk to go to Rawana Falls and ate my lunch and dinner at two of the more expensive restaurants in Ella, that being my last day […]

Geethani is the best B&B hostess you can possibly find in Sri Lanka. When you travel, you come across all sorts of people. Some you remember for a while until the memory fades into oblivion, while some make such a lasting impression on you that it etches itself permanently on your mind. Geethani Gunasekara is […]

Sri Lanka travel expense for day 14 were even better managed than the 13th day’s, I spent one dollar less than the previous day. At $10 that’s a fantastic going. But do note that both this day and the previous day’s room charges have not been included in this analysis because that money didn’t leave […]

Sri Lanka travel expense for day 13 were again brought into control impressively, in spite of the fact that I traveled to Ella and had both lunch and dinner there. Ella although only a small village, is one of the most expensive places to eat in Sri Lanka apart from Colombo. You can go to […]